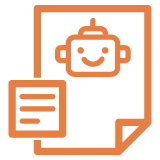 Last week, I gave an invited talk on „The Future of HRI in the care sector“ at the 2018 Informal EMCO meeting. The Employment Committee of the European Commission (EMCO) is an advisory committee set up to implement the European Employment Strategy and to promote coordination between Member States on employment and labour market policies.  This year’s topic was Digitalization. Besides another talk of care robotics given by Haus der Barmherzigkeit, a tremendously informative talk was given by Sociology professor Jörg flecker (University Vienna).